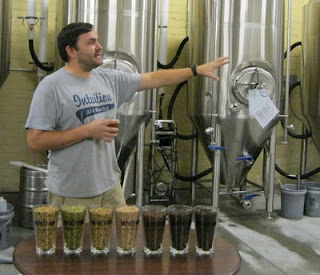 Jacksonville native Ben Davis shares his new line of locally made brews with you at the tap room at his Intuition Ale Works - which opens to the public today at 720 King Street in Riverside!
Come celebrate the Grand Opening - Saturday from 1:00pm to 10:00pm - with a variety of draft and cask ales - and wood-fired pizzas from  Pele’s Fire Catering. 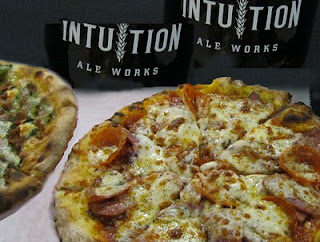 Sign up for the Intuition Ale Works Mug Club while you're there - benefits include discounts on beer and merchandise, special access to limited release brews, invitations to exclusive Mug Club events, and a bag of Intuition Ale Works gear.
After the Grand Opening on November 20th, the Intuition Ale Works tap room will be open from 1:00pm to 10:00pm Wednesdays to Saturdays.  Takeaway kegs and growlers will be sold from the tap room.  Pele’s Fire Catering will be parked outside the brewery Wednesday to Friday from 4:00pm to 10:00pm and Saturday from 1:00pm to 10:00pm and will sell pizzas, dips and salsas from their mobile wood-fired oven. (Y'all - no lie - these wood-fired pizzas and their dips and salsas are amazing - and what goes better with beer - right?)
Intuition Ale Works has teamed up with Movember Jax to support men’s health throughout the month of November.
On November 24th the brewery is hosting a Stache Bash and will donate 50 cents from every pint sold in the tap room to Movember.  Donations benefit the Prostate Cancer Foundation and LIVESTRONG, the Lance Armstrong Foundation. 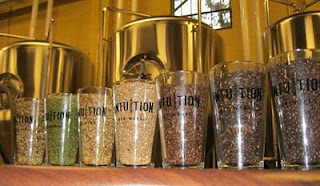 
King Street Stout
This is a Southern-style imperial stout brewed with two-row malted barley, a variety of roasted and caramel malts, and brown sugar y’all. (I got a sneak peak of this one last week - It's sweet and mellow like a caramel macchiato, only better, because this one's made with BEER!)

Wild Child Wheat
This is an easy-drinking wheat beer influenced by the Wits or “White Ales” of Belgium.  Brewed with Belgian Pilsner, flaked wheat, malted wheat and flaked oats.  Czech noble hops compliment the traditional Wit spices of coriander and bitter orange peel on the nose of this incredibly delicious beer.

I-10 IPA
The West Coast comes to Jax with this extremely hoppy, true India Pale Ale. Our two-row malted barley and caramel malt come to life with a ?@!#-ton of Northwest hops.  It’s music to your nose. 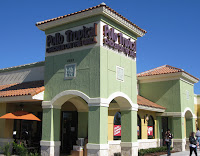 Pollo Tropical, famous for its citrus-marinated grilled chicken and Caribbean flavors, is bringing a taste of the tropics to Jacksonville with the grand opening of its restaurant at 4863 Gate Parkway at the St. John's Town Center.

Be one of the first customers in line November 22, starting at 10:30 a.m., and receive a free voucher for a Family Meal - featuring a whole grilled chicken, choice of two sides and rolls. 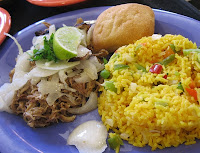 Chicken lovers can take advantage of free Pollo Tropical offers by texting "POLLO104" to 30241 or logging on to www.pollotropical.com/contest to sign up for Pollo Reward$. Everyone who signs up between November 20 to 29 will be automatically entered for a chance to win Free Chicken For a Year. 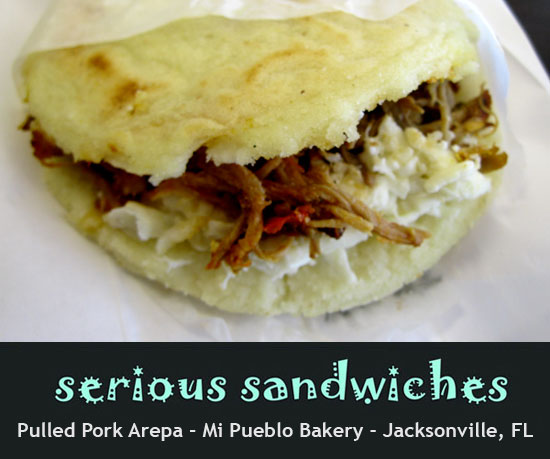 If you haven't been to Mi Pueblo Bakery on Beach Boulevard - you're missing some mighty fine fresh pastries, breads, etc. - Cuban, Mexican, Puerto Rican, Columbian, they've got it. GREAT prices, friendly, knowledgeable proprietors.
We stopped in this morning for a breakfast treat. LOVE their Pork or Chicken Arepas and Empanadas, but my favorite is their Bunuelos. 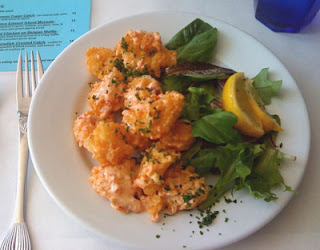 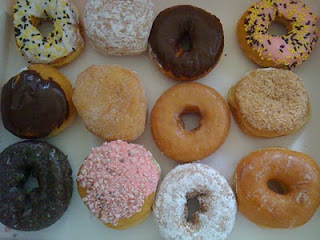 It's National Sandwich Day! Eat UP! 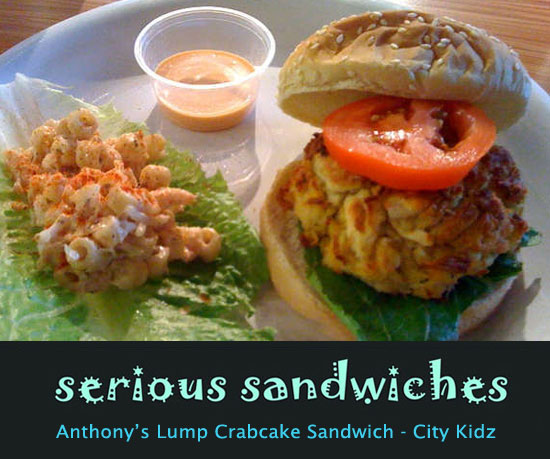