This review was originally published in the Florida Times Union.

One overcast afternoon near the corner of Post and Oak Streets in Five Points, an auction was taking place at the former location of Gina's Deli.  Since then, the space has undergone a total transformation into a bright, vibrant neighborhood taqueria. 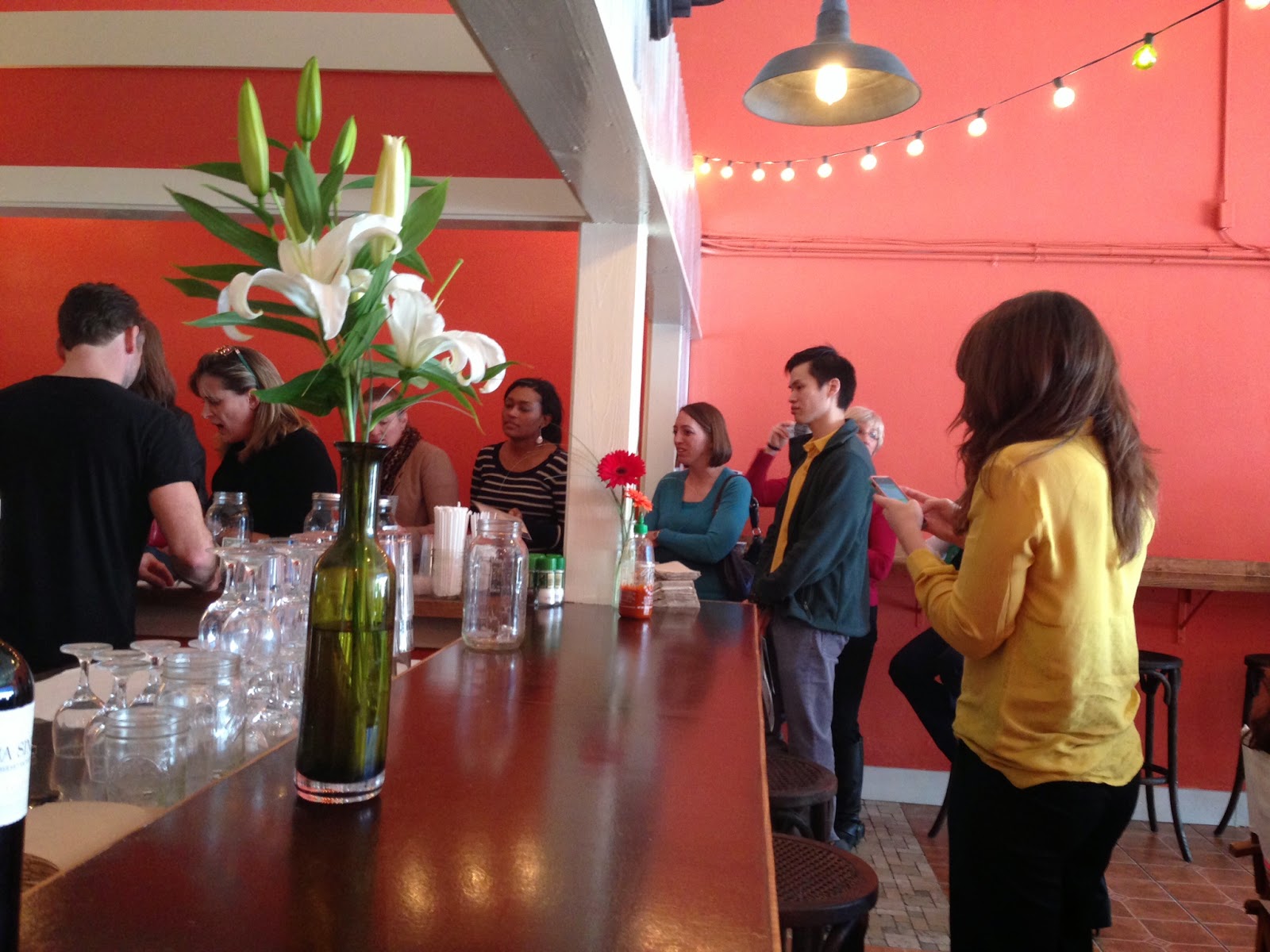 Corner Taco owner Chris Dickerson, who honed his culinary skills at four-star restaurants in several states, started serving up gourmet tacos in 2011 at a Neptune Beach bar, before renovating a classic 1965 Airstream Globetrotter into a food truck featuring what he lovingly refers to as “semi-swanky street food.”

Three short years later, the airstream is parked in the side lot as Dickerson runs his brick and mortar restaurant - taking orders from behind the counter, checking on the crew’s progress in the kitchen, and buzzing around the dining room greeting customers. A line forms at the counter during peak lunch and dinner times, but it appears to move quickly, and the food seems to be coming out fast as well.

The restaurant’s mainstays include many of the food truck favorites, including “Semi-Swanky” Tacos (1 for $3.95, 2 for $7.50, 3 for $10.95) filled with Carnitas, Dijon-Buttermilk Fried Chicken, or Chicken marinated in their signature Fresh Thyme Vinaigrette.

All tacos are served on a freshly made corn tortilla, with red cabbage, cilantro, lime, and a sweet chile-lemon sauce.

On our most recent visit, we honed in on a crowd-favorite from the food truck. The Dijon Buttermilk Fried Chicken taco sported juicy chunks of chicken in a super-crispy light coating made with rice flour. We were offered hot sauce, but it didn’t need any embellishment. The Brisket taco was pleasantly moist and savory without being overly salty. Dickerson explained that it gets a flavor boost from steeping in a porcini mushroom broth, and a mild, sweet heat from a dark red chile powder sourced from Chimayo, New Mexico.  A side of silky Black Beans ($3.95) with country ham also benefitted from the porcini broth. 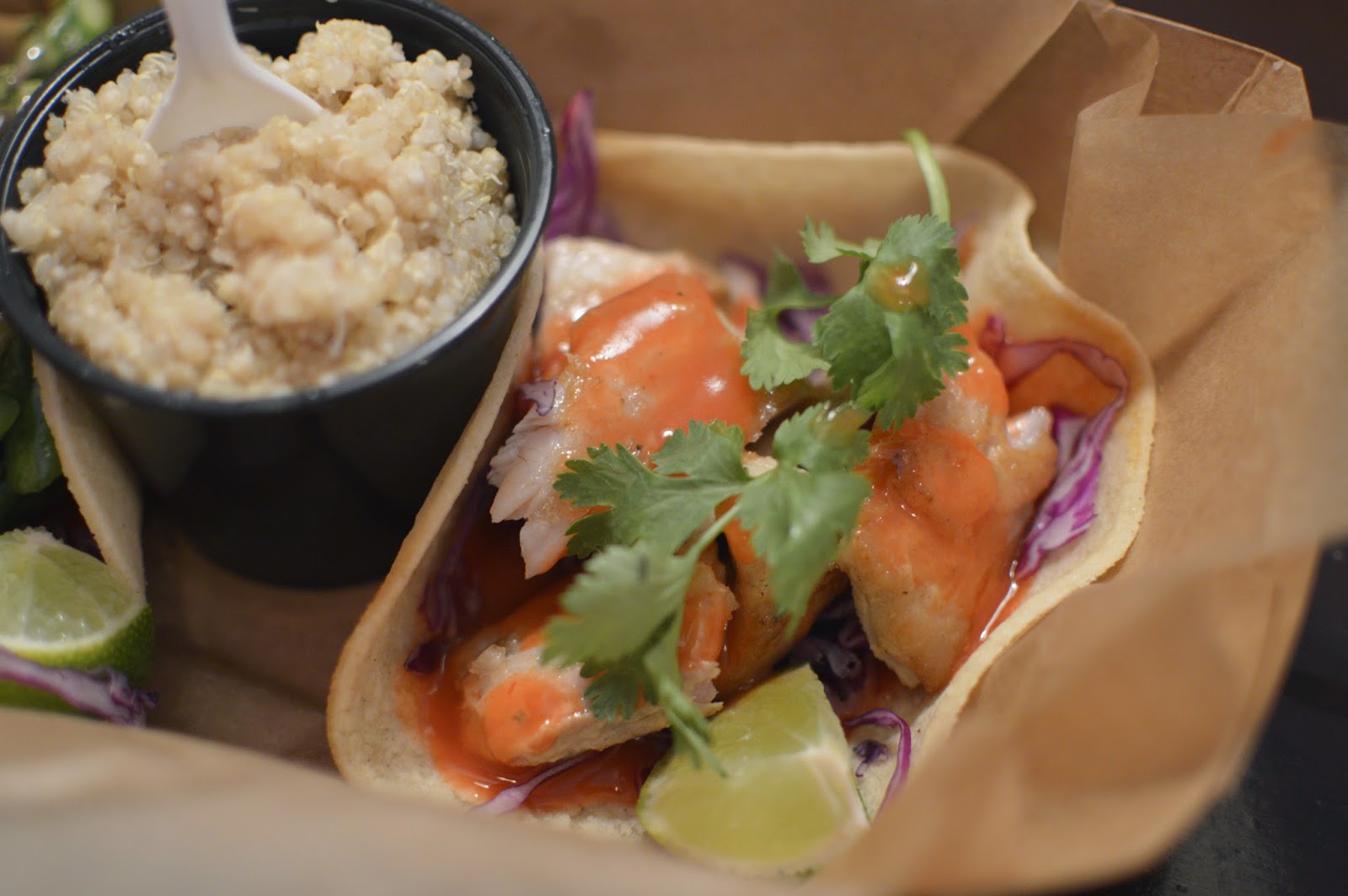 The Daily Fish taco held tender Mahi-Mahi, perfectly seasoned. One of several vegan items on the menu, the Seared Asparagus taco was filled to the brim with tender-crisp asparagus spears. A light dusting of Maldon sea salt flakes added a fresh, briny note.

A side of Quinoa ($3.95) reportedly contained red onion and orange, but neither was readily noticeable. Two tacos and one side proved more than enough for a satisfying mid-day meal.

Dickerson’s food philosophy centers around building clean, fresh flavors “using ingredients you can pronounce.” Most menu items are made fresh to order, many are gluten free. Fresh corn tortillas are formed in a custom-made tortilla maker, then dropped on the grill for a quick toasting. Dickerson said they have been averaging 500 -750 tortillas per day.

In the beverage department, we opted for a blood orange San Pellegrino. Seasonal Aguas Frescas are also available, along with Mexican Coke, beer and wine. 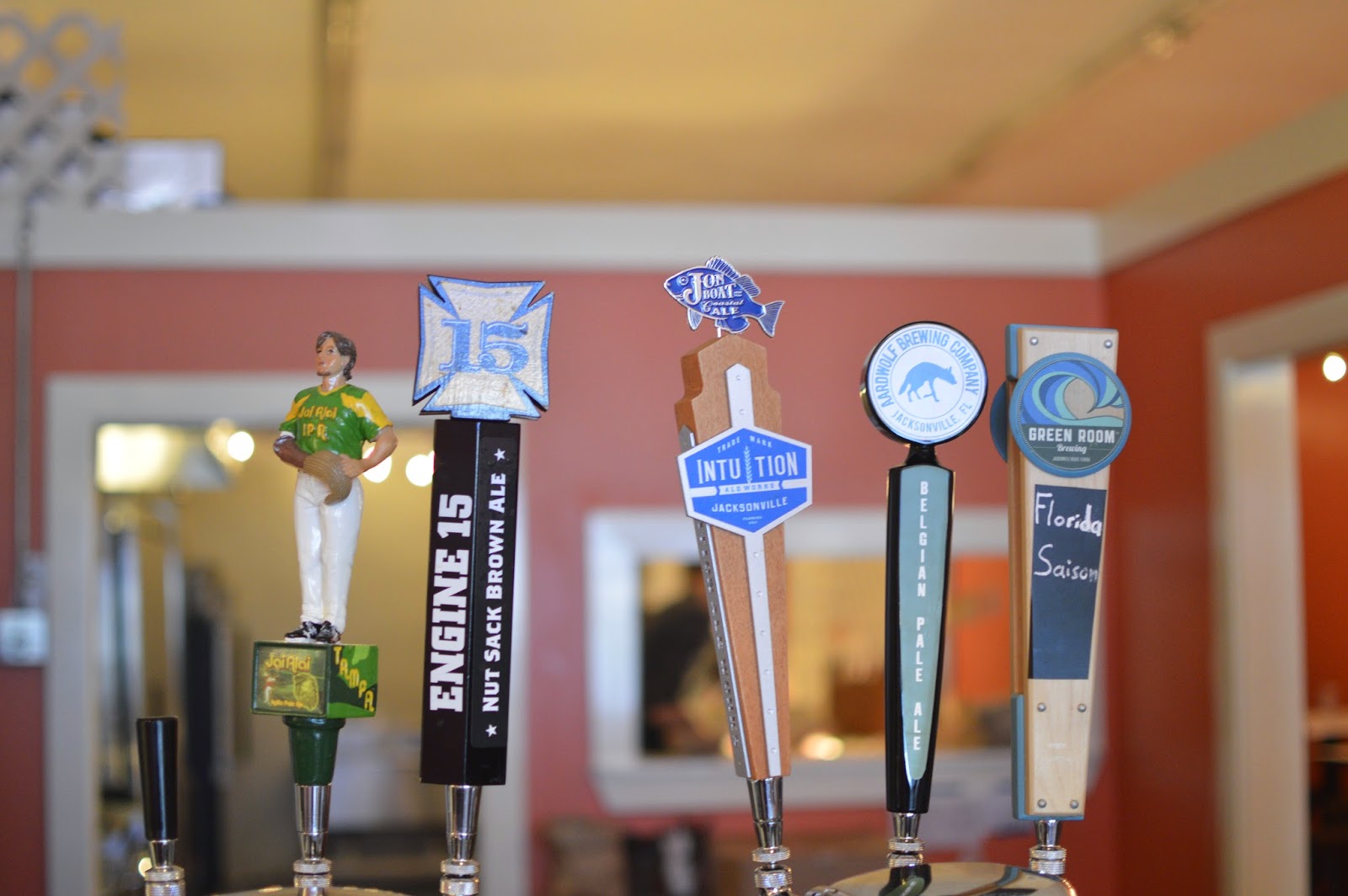 Among the hundreds of projects that will vie for votes and donations at this year's One Spark festival in downtown Jacksonville, Florida, 28 of them are food-related.

Some seek operating cash to improve or expand on existing businesses, and many are looking for ways to improve the lives of First Coast residents, feeding the hungry, providing training in food-service, sustainable gardening, packaging and distribution of food. Here are three we're excited about.

Gastrofest 2015 aims show the world what the Jacksonville culinary scene has to offer with a festival featuring “everything from fine dining to food trucks, from microbreweries to local cookbooks, from vegans to local beef.” Their One Spark booth will feature many local culinary businesses  and fellow One Spark creators sampling their creations and demonstrating their skills - here's the schedule.

Find Gastrofest creators Erin Thursby, Kamron Perry and Nathaniel Price  at Main Street Park during One Spark, and on the web at www.gastrofest.com.

Mark spent years working in local restaurants before he decided to develop Naturally Smart. He's doing everything right, and keeping much of the production and marketing of his product local. Grab a sample of this cool treat at Chamblin's Uptown during One Spark. #20007


Conscious Market wants to develop a system to efficiently collect and redistribute excess food from small businesses.  An outreach of the nonprofit Character Counts!, it is developing a line of food products and a mobile application to facilitate the tracking of perishable and non-perishable goods. Learn more on Facebook.

Conscious Market creator and spiritual force of nature Florence Haridan and the crew will be sampling their wares during One Spark at Workscapes Jax. #20538