Fine food and spirits – along with a festive battle for best culinary presentation – are what's for dinner on  Thursday, June 9, during the 21st Annual Jacksonville FOODFIGHT™ at EverBank Field’s Touchdown Club East. 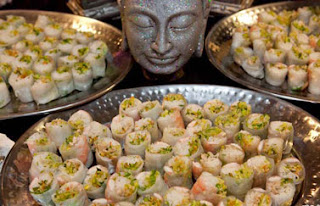 The event – sponsored by EverBank – will bring together more than 50 of the First Coast's finest restaurants, caterers and beverage wholesalers for a friendly competition. FOODFIGHT has raised more than $1 million to help fight hunger in Jacksonville over the last 20 years and hopes to raise at least $100,000 in 2011 - with all proceeds benefiting Second Harvest North Florida.

Tickets are $60 for general admission and $100 for VIP access, both of which include tastes of dishes prepared by the city's top restaurant chefs, various adult beverages and live entertainment.

VIP admission gets you a private reception with access to all restaurants on the upper level from 6-6:30; a private seating area available throughout the event; automatic entry into a prize drawing for a variety of special items, including a bicycle, hotel stays and tickets to special locations; a commemorative FOODFIGHT wine glass; and exclusive access to the Jaguars Suites level.


A raffle features the winner’s choice of one of three exciting prizes – a new 2011 Harley-Davidson Sportster Forty-Eight motorcycle, provided by Adamec Harley-Davidson; a pair of “his and hers” Yamaha 125cc scooters, provided by Beach Boulevard Motorsports; or $5,000 cash. Raffle tickets are $100, and only 300 tickets will be sold.

Hunger is serious business on the First Coast. Food distribution at Second Harvest has risen dramatically in recent years, from 6.62 million pounds in 2007, to 19.3 million in 2010, with 2011 projections  at more than 22 million pounds. 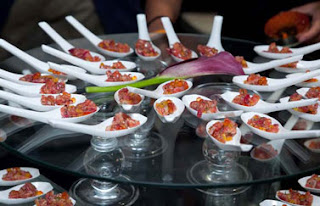 For every $1 donated, Second Harvest is able to generate seven meals for people in need. If the FOODFIGHT achieves its goal of $100,000 it will allow the Food Bank to supply 700,000 meals for north Florida families in need.